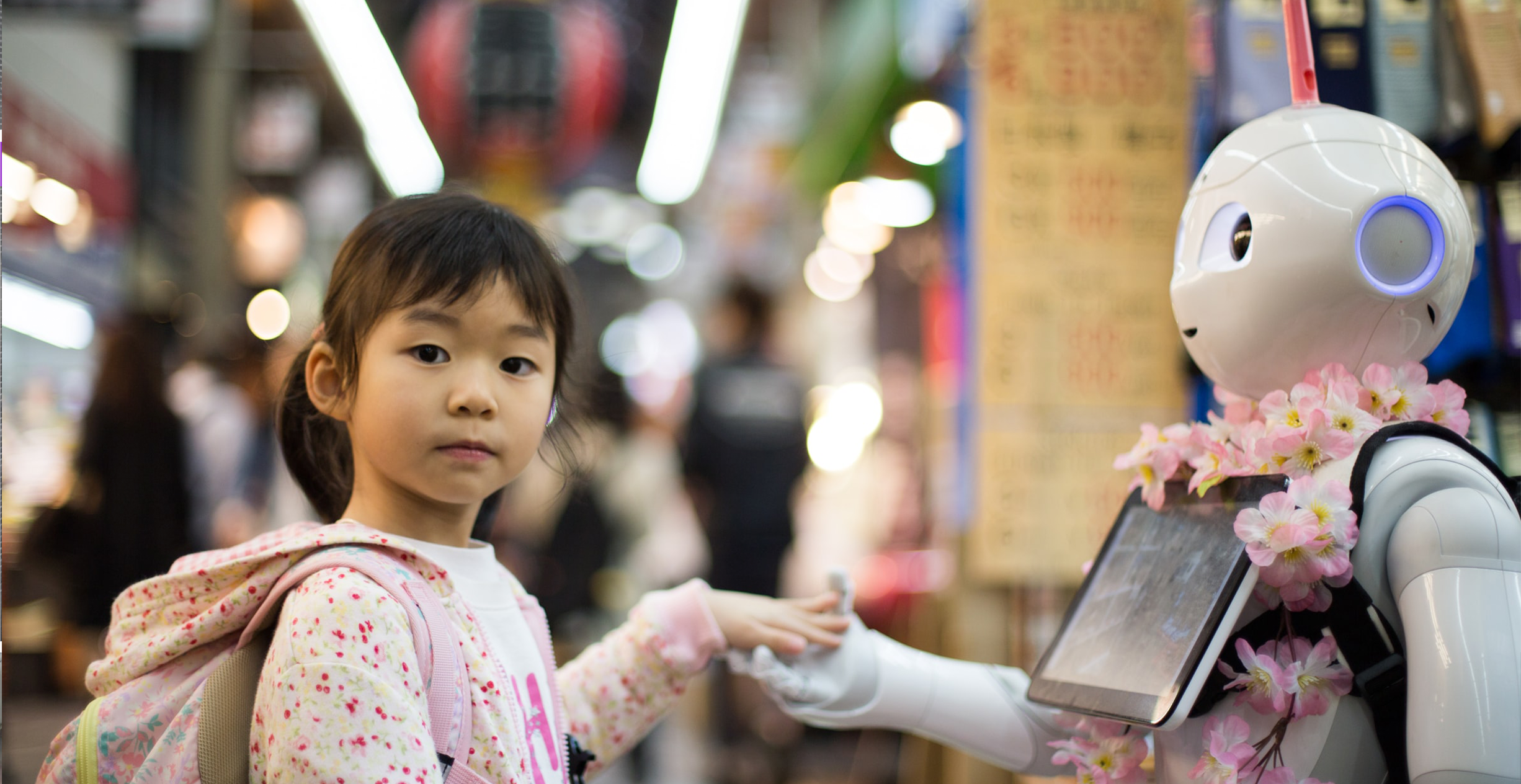 The Toilets in Beijing already know my face

I RAN HALF A kilometer for a bus but missed it, so I had to pretend that I always go jogging in a business suit.

I hate running in a suit. Once at an airport I was chased by R2-D2, and he had a gun. This is not a joke. Terminal three of the international airport at Shenzhen in southern China had a face-recognizing robot wandering around at one stage. It looked like the robot in Star Wars, but rather than making cute, bird-like warbles, it had face-recognition cameras and a Taser to zap you with.

Suddenly all the pieces this columnist had written poking fun at the authorities flashed before my eyes. Run for it? No. You can’t outrun it. The Shenzhen airport robot could go at up to 18 km an hour, a speed that humans cannot reach, even in taxis, thanks to traffic jams.

In several places in Beijing, the toilets have facial recognition now. A wall-mounted machine looks at you, decides if you are human, and then releases a measly 60 cm of toilet paper. It then MEMORIZES YOUR FACE and puts you on an internal No More Toilet Paper blacklist for NINE minutes before you can have more. No one can be bothered to wait such an inordinately long time, roughly the length of a Hollywood marriage.

“Toilet paper usage has fallen dramatically,” the Beijing press announced.  This is a bit like that old joke: “My dog doesn’t eat meat/ How come?/ I don’t give him any.” In Russia, people claim to have put face recognition software on phones, so that you can instantly find out anyone’s name. This would be good news for me, as I forget everyone’s name, close relatives included.

On the downside, an unscrupulous stranger could use it to find out my details and then pretend to be the fruit of my loins. “Hi, I’m one of your nephews, please pay my school fees, I’ll take the money in cash now, thanks, mate, I mean, uncle.”

At the moment, it is only available in one language, so keep a wary eye out for people with Russian accents claiming to be your nephews and nieces. “Sankyu, ungkle.”

My daughter’s iPhone recognizes its owner’s face and switches itself on. If I ever get one like that, I’m going to program it to respond in the voice of the female computer (whose name is just “Computer”) in Star Trek: “Ah, Master, you have entered the room. You are looking so manly, as always.” I’ll program it to shiver with delight as I pick it up.

She told me that the robot household assistant called Alexa has been tweaked so it will now answer to the word “Computer”, just like on Star Trek. Sad people with no lives will dress up as Mr Spock or Captain Kirk and pretend they are living in a Star Trek fantasy, standing around saying: “Computer: answer this question.” (But I’m going to wait until my family members are out.)

At Beijing fried chicken shops, the face-recognition robot looks at you, guesses how old you are, and then offers “appropriate” meals. Young people are offered fried chicken and cola, older ones are assumed to be toothless and are offered soybean milk and porridge. This is not a joke. They actually do this.

Imagine going to a restaurant in a mixed group and being humiliated in front of everyone by a talking menu who thinks you are a geriatric who can only eat soft food! See why I hate AI?

Picture by Andy Kelly at Unsplash