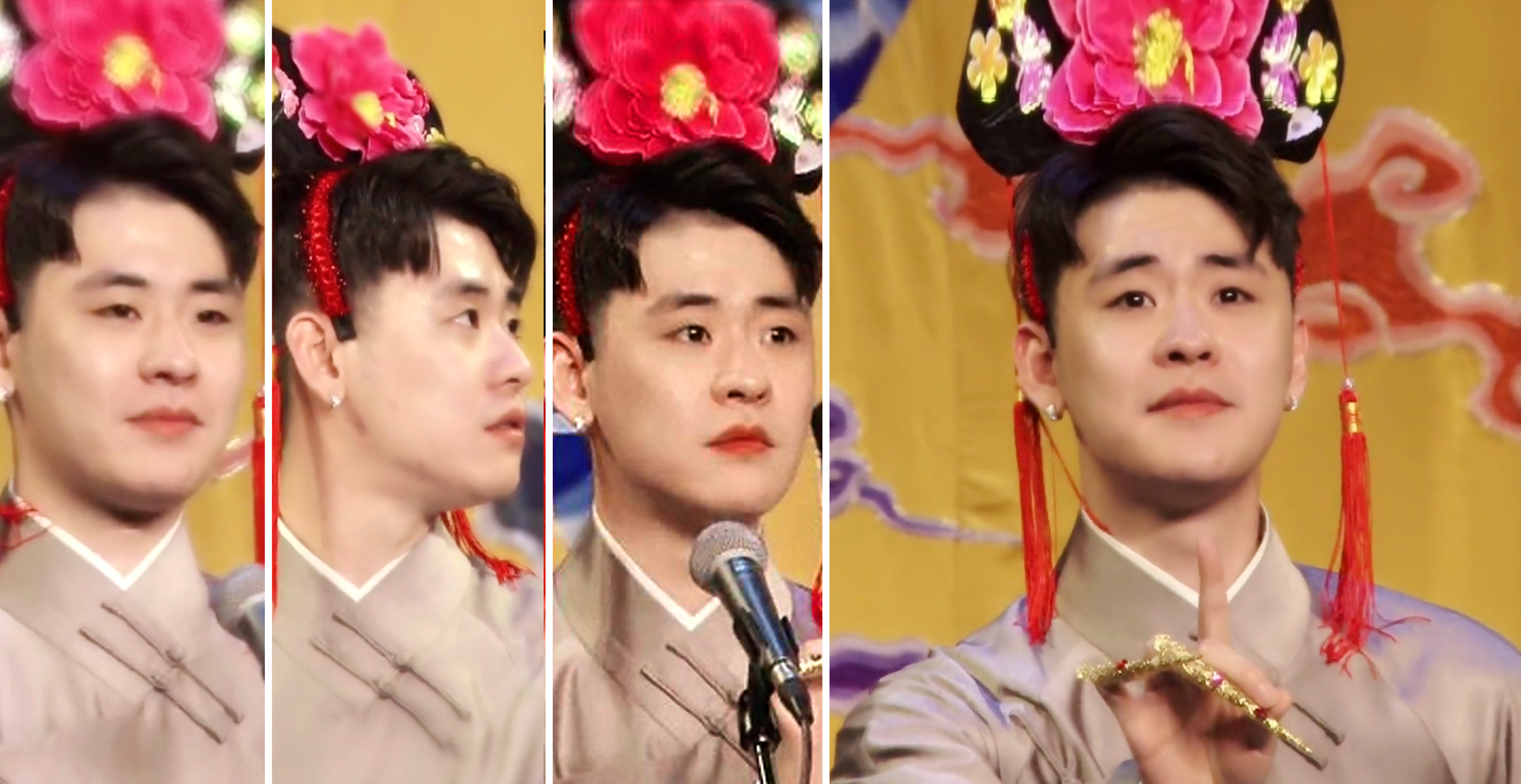 ZHANG YUNLEI WAS ONCE so poor that he slept in an all-night McDonald’s. Today, he is a major star with more than 10 million Weibo followers.

But what might surprise people is the art that made him famous: no, he’s not a K-pop singer or a movie star. He’s a performer of Xiangsheng (相声), the centuries-old Chinese comedy format thought to have originated in the Ming Dynasty (which started in 1368). And Zhang also sings traditional Chinese opera and Beijing folk songs.

Xiangsheng, with its ancient routines, has long been seen as the exclusive hobby of middle-aged and elderly people. But today, a new generation of young people have also become fans of this ancient art.

Leading the modern Xiangsheng revolution is a group called Deyun Club, with the aforementioned Zhang Yunlei being the most talked about performer. The Deyun boys launched their own TV show last year.

They’ve made traditional comedy cool – which is why more and more young people are forsaking K-pop idols to chase Xiangsheng artists. There is even group of young women, born in the 1990s and early 2000s, who call themselves the “Deyun Girls” and travel around the country to watch the Deyun Club’s live shows.

To understand how unusual this is, try to imagine a pop concert in Europe filled almost entirely with young women waving glow-sticks and sing along to lieder, classical songs from the 1800s. Xiangsheng preceded Abbot and Costello by half a millennium: Picture by Leetum/ Creative Commons

What’s the difference between Xiangsheng and stand-up comedy? Both focus on the delivery of spoken words to create humor, but there are at least five key differences.

First, stand-up comedy typically involves one performer doing a monologue direct to the audience, while Xiangsheng is all about the dialogue between two (or sometimes more) performers. One of the pair is known as Penggen (捧哏), who represents the audience, listening and reacting. He tends to be more conservative, and responds to the jokes made by the more outrageous of the pair, Dougen (逗哏). Second, the heart of a stand-up comedy performance is the script: comedians write their own routines and are very sensitive about others copying their lines. While there may be a few improvised lines, most of the show is made up of well-rehearsed comedy routines.

Xiangsheng is different. The basis of the performance is on-site interaction—which is why it is almost always done by two or more people, and the energy between the performers is as important is the laughs from the audience. Third, the format is different too. Stand-up comedians, unless they are headliners doing a one-person show, normally do quick-fire routines of about 10 minutes each. In contrast, Xiangsheng performances are relatively long, especially in theatres, where they can run for more than 20 minutes.

Fourth, stand-up comedy relies on fresh material, often topical and newsy, and audiences would frown if a set was filled with old jokes. In contrast, the Chinese comedy form has a great many traditional set-pieces which have been recited again and again for decades or even centuries – but are still adored by audiences, who can’t hear them often enough.

Fifth, there is a sifu-disciple (teacher and student) tradition buried deep in the Xiangsheng industry, which you don’t find in stand-up comedy. The threshold for entering the Xiangsheng sector is relatively high, and there are very few newcomers who do not learn from a specific mentor. Laughter is a shared language: Picture by Monstera/ Pexels

Yet the world is one, and traditions from east and west tend to flow together over time.

It’s interesting to note that many of the centuries-old traditional elements of Chinese comedy, which evolved between the 1300s and the 1800s, can now be found in Western comedy too, emerging in the West during the 1900s.

The double act, almost always two males, has also become popular in the West – think of Abbot and Costello or The Two Ronnies. UK audiences will laugh at the Dead Parrot sketch although they know every word: picture: Wikicommons

There are even examples of beloved routines which are performed to fresh laughs even though audiences know every word of it, such as Monty Python’s “dead parrot” sketch, an absurd double-headed conversation which is very similar to Xiangsheng. Probably few Westerners realize that these comedy elements emerged in China centuries ago.

Still, there’s something very comforting in the thought that people on both sides of the world are laughing at very similar routines.

Like the smile, the sound of laughter is an international language that we all share from birth.