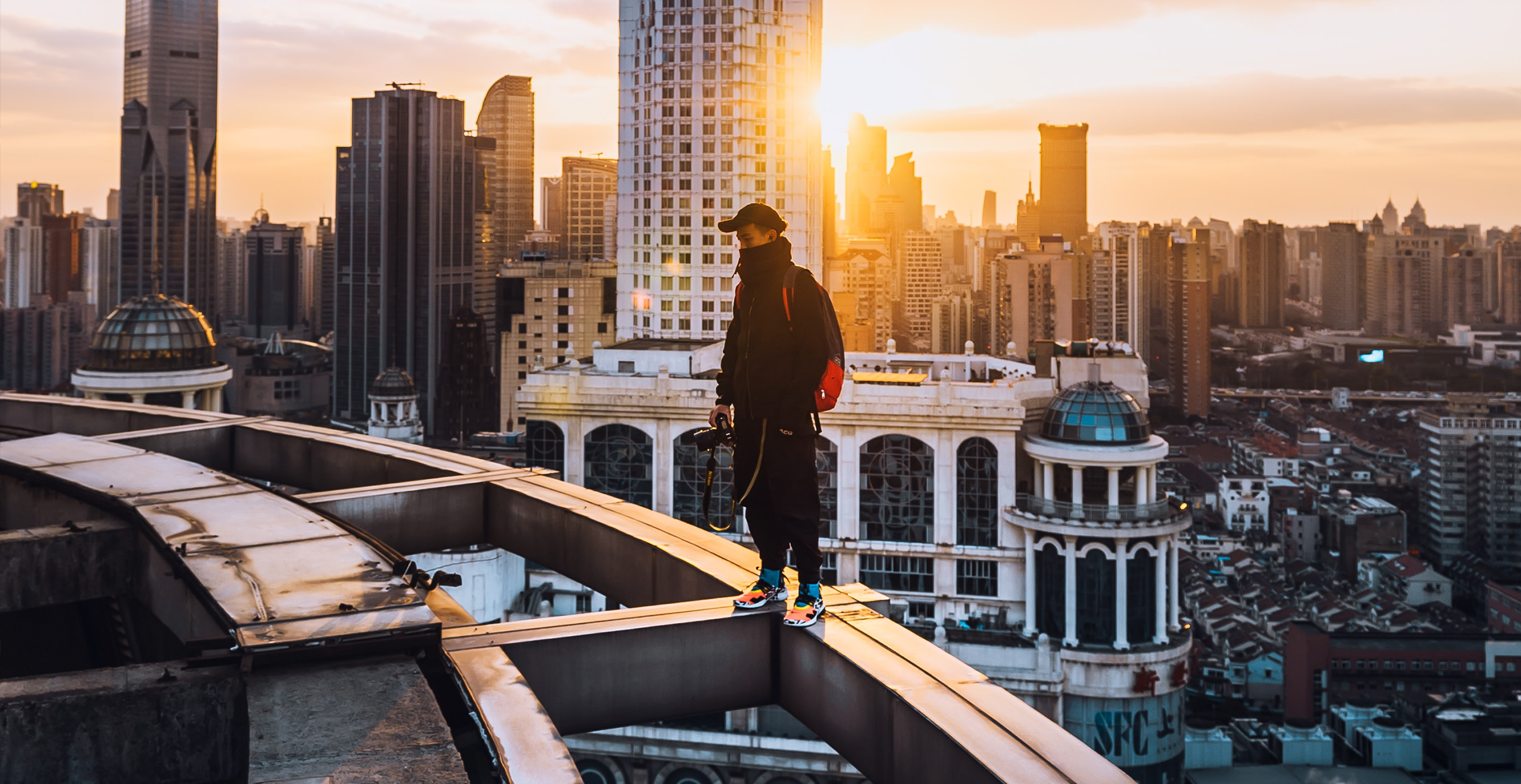 THE CHINESE PEOPLE lifted more poor families out of extreme poverty than the rest of the world’s countries put together – and they did it at astonishing speed.

It’s perhaps surprising that the rest of the world is not beating down China’s door to find out how exactly it was done, so that their own poor could be helped.

But whether other countries are interested or not, this remarkable achievement – the lifting of 800,000,000 people from destitution in four decades – is definitely worth examining.

To start with, we can credit late paramount leader Deng Xiaoping’s 1978 decision to build a new economic model that combined elements of a state-run economy with elements of free enterprise. This quickly made a huge difference, reflected in strong development through the 1980s.

Yet it wasn’t a complete answer by any measure. As recently as 1990, there were still 750 million people living below the United Nations designated poverty line. The government pressed on for the next two decades with similar blended methods that clearly worked, and by 2012, a further 650 million people were lifted out of poverty.

But the final group of about 99.98 million people remained, and needed carefully targeted efforts. These are the techniques that this article will focus on. There were eight years of relentless work from 2013 onwards, which eventually resulted in this final batch of people in rural areas shaking off poverty.

When President Xi Jinping declared a war against poverty in 2013, the Mainland Authorities mapped out a scheme called Targeted Poverty Alleviation. The guiding principle was to guarantee sufficient food and clothing, access to education, and medical care, and the provision of housing security for every individual.

At the start of the process, the Central Government created a national registration system for officials to gather comprehensive data on the poor population. Local officials went door-to-door to identify who was impoverished, county by county, measuring people’s income, noting medical care needs, reviewing housing conditions, and checking to see whether children dropped out of school.

The results showed what a huge job they had ahead of them. A staggering 832 counties out of the national total of 3,000 were designated as poverty-stricken. The poor counties contained 128,000 villages, containing tens of millions of people. These hard-up counties were located mainly in Hunan (湖南省), Gansu (甘肅省), Guizhou (貴州省), Sichuan (四川省) and Yunnan (雲南省) provinces.

Under the Targeted Poverty Alleviation scheme, officials prepared tailor-made relief initiatives for different villages. Each was carefully designed for the particular group of recipients, creating new industries and providing suitable jobs for each batch of villagers. Local officials developed a plethora of industries, including flower planting, the growing of fruit crops, and other agricultural activities.

The Shibadong village (十八洞村), a Miao ethnic prefecture in the Hunan province, was notorious for its poverty, yet it became an icon for poverty eradication. With the support of local authorities, villagers focused on developing kiwi farming and their high-quality agricultural products are today widely sought-after across the country.

And that wasn’t all. Thanks to its unique Miao culture and spectacular natural landscapes, tourism boomed in the village. At least 300,000 visitors have toured the village in recent years, and generated revenue of more than RMB 3 million (US$460,000).

Some villagers operated restaurants while others established a cooperative for producing Miao embroidery. As a result, the per capita income of the villagers in Shibadong soared from just RMB 1,600 eight years ago to over RMB 12,000 today.

Second, move people to where they can be helped

In some cases, the officials found isolated, difficult-to-reach communities which could not directly benefit from the job creation techniques mentioned above.

The authorities moved 9.6 million poor residents from hard-up villages in isolated mountainous areas to newly-built communities with easier access to jobs and schools.

The cliff-top Atulie’er village (阿土列爾村) in the Yi ethnic minority areas of Liangshan (涼山) in Sichuan province, became the focus of a major poverty alleviation project.

In the past, impoverished villagers and children had to scale ladders to return home to the remote clifftop village 800-meters above them. The two-hour climb was their sole way to travel home after visiting the world outside their village.

Last year, almost 100 households from the 200-year-old village left the steel ladders behind for good, living in newly-built apartment blocks closer to the town center of Zhaojue county.

The apartments have kitchens, electricity, and gas, and are provided with furniture. Tens of thousands of villagers who lacked basic amenities have been relocated to the new community, which has its own schools and hospitals. With infrastructure in places, villagers’ hard lives have become much easier.

Meanwhile, the Chinese forestry authorities recruited impoverished villagers living in those areas – which are often rich in wildlife – to take up paid jobs preserving the natural environment. The authorities have converted five million hectares of farmland in impoverished areas to forests and grasslands in recent years, and more than 1.1 million rural villagers have found work as forest rangers.

Education is key to ensuring that poverty does not pass on to the next generation. Today, children living in poor families are ensured fair access to education under the poverty alleviation initiative. The authorities have vowed to increase support for schools in poor areas to improve schooling conditions and enhance the standard of teaching.

The number of students dropping out before completing middle school has been cut from 600,000 in 2019 to less than 2,500 as of September last year. School teachers show more care for their students and visit their homes to learn more about their personal growth.

Also, the rural poor who are too frail to work have been lifted out of poverty through social security policies. Local officials have been commissioned to ensure that the elderly poor are free from worries over food, clothing, and housing, and have access to medical services.

Fourth, prevent any slippage back into poverty

Above all, the Central Government has stepped up efforts to ensure that villagers will not fall back into poverty. Local officials have closely monitored marginal households whose income levels remain consistently low.

Local officials also regularly review the effectiveness of poverty alleviation policies and enhance the competitive edge of industries such as plant and fruit growing in the counties. The aim is to ensure that there is good economic momentum and villagers are receiving stable income.

Fifth, use an East-West pairing-up strategy

Perhaps the most important of the poverty alleviation techniques is East-West pairing. The Eastern  side of China is relatively well-developed and urbanized, while the West  is generally rural and has been lagging behind.

The Central Government has built connections between the two sides, so as to leverage the manpower, financial resources, technical skillsets and know-how from eastern regions to bolster economic development in the poorer Western counties.

There are flows of talents, financial resources, skills and technology from the eastern areas to poorer areas, at provincial, city and county levels.

Fujian officials helped the town improve power grids, water conservancy, soil conversation as well as deployed their agricultural experts to share their expertise with villagers to boost their farming industries.

With staggering amounts of investment from Fujian enterprises, farming, wine-making and gardening industries have boomed in the town, and residents have seen their incomes rise significantly.

Fujian’s enterprises have operated businesses in Minning with investment up to RMB 2.28 billion, creating thousands of jobs for local community. More than 7,000 residents from 1,600 households were lifted out of poverty. The pairing-up strategy clearly expedited the pace of poverty eradication and promoted regional development.

In what is surely the biggest poverty alleviation campaign in human history, China has raised all its counties out of poverty after years of hard work. Poverty is not predestined and unconquerable. China’s rapid reduction in poverty has gone hand in hand with its economic growth miracle, making strides to boost the impoverished people’s standards of living.