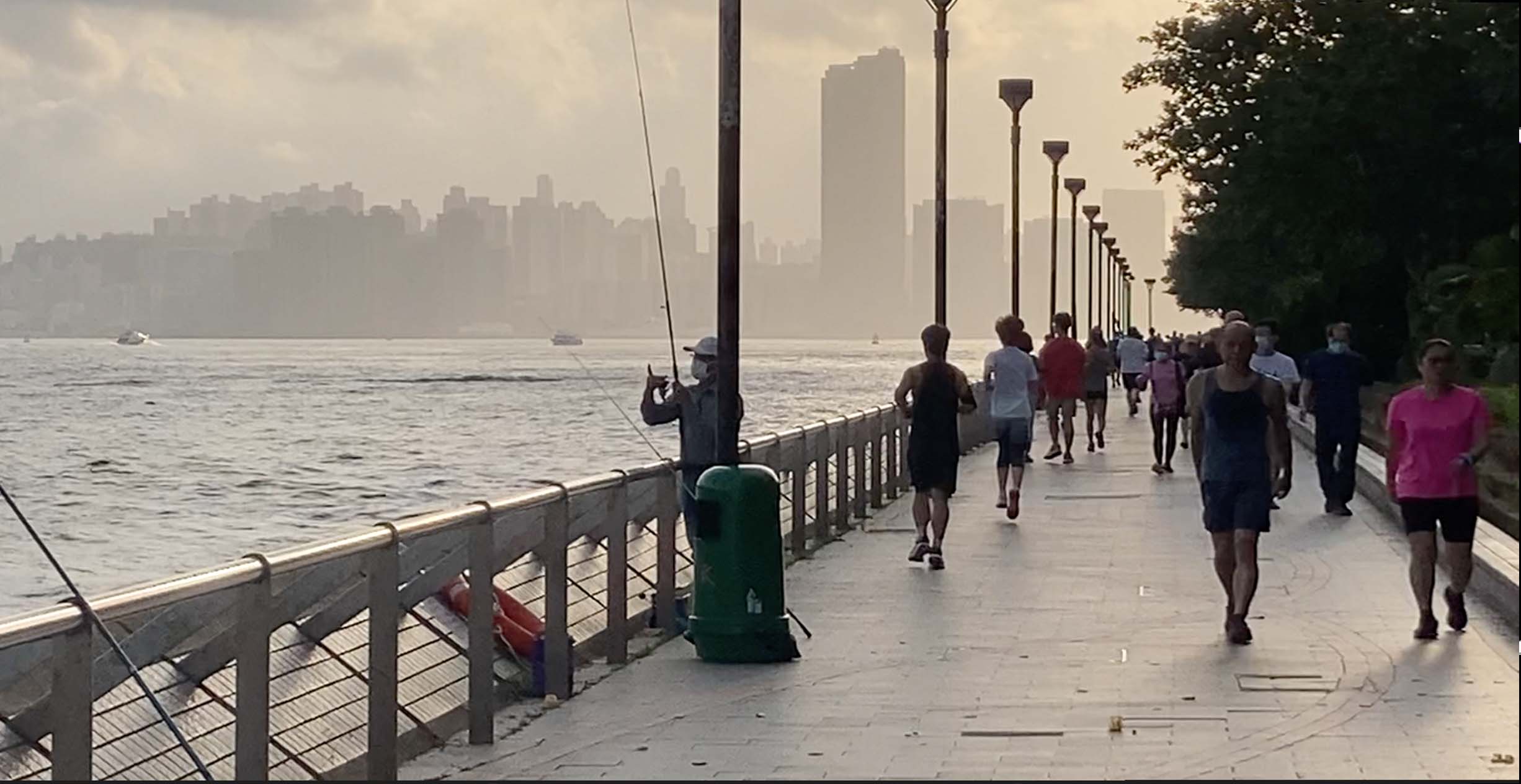 Here’s how many people are really leaving Hong Kong

PANIC! THERE’S A huge exodus of people out of this city. “Anecdotal evidence” from Bloomberg and other news media show that massive numbers of people are fleeing “devastated Hong Kong” (that’s the New York Times). In fact, “up to 5.4 million” people are getting BNO passports and taking out ALL of Hong Kong’s money with them — or at least more than US$100 billion. The few of us who remain will have to start buying stuff by bartering rocks and leaves.

But anecdotal evidence isn’t evidence. The actual data — yes, there are actual data, if you look hard enough — paint a different story. Yes, there are people leaving the city, but academics and analysts say it’s small, a five figure sum, and not nearly enough to have any seriously negative effect on the Hong Kong community’s financial position or property market.

Let’s do the math!

A typical report was one which appeared in a newspaper yesterday, saying that “a total of 89,200 or over 1 percent of Hong Kong residents left the city in the first half of 2021, according to the Census and Statistics Department. Their departure is estimated to cost the city at least HK$61.4 billion in annual GDP, based on 2020’s GDP of HK$2.671 trillion.”

This is simply wrong. The 89,200 figure is not a “first half” number of emigrants fleeing Hong Kong, but a 12-month total figure of all departures, including business trips, holidays and visits to grandma in mainland China, from which people will return, making nonsense of the writers’ GDP claims.

Ah, but huge numbers of people ARE leaving, they argue. You can tell because the total amount of MPF (mandatory provident fund) cash withdrawn on grounds of “permanent departure” rose a whopping 27.3% year on year.

The number is real but the understanding is wrong. The 27.3% rise simply reflects the 35% climb in the value of total MPF assets. We should look at numbers of claims, not the dollar value.

Those numbers actually imply a drop in the number of people leaving Hong Kong. Even given the fact that some people leaving on BNOs can’t immediately get their cash, the figures don’t indicate much of an exodus, and certainly not a large one. In the financial year 2017-18, there were 36,500 “final departure” MPF withdrawals.

Since there was no Western-constructed political narrative going on, no meaning was assigned to it. That figure has fallen to 30,300 for the most recent financial year, 2020-21, yet is interpreted as an exodus, which makes no sense.

Still, this is at least clear proof that at least 30,300 Hong Kong people have fled, right?

Actually, no. People often have more than one MPF account, so the number of claims is always significantly higher than the number of actual humans involved.

Further, the 30,300 total includes every non-local employee who has returned to their countries of origin: all expats or immigrant workers. They take their pensions when they go.

Third, the figures also includes individuals moving from Hong Kong to Mainland China. This is not an inconsiderable number of people. The recent Chinese census shows that at least 370,000 Hong Kong people have moved to live indefinitely in the mainland.

The third piece of “evidence” quoted for a huge exodus is the fact that there have been 22,897 applications for Certificates of No Criminal Conviction in the first seven months of 2021. (These are bits of paper you need if you want to emigrate.)

Let’s check previous figures: in 2019, police gave out an average of 2,771 certificates a month. The difference between that year’s figure and this year’s figure is 500 a month, so the total number of “extra” people leaving this year, if that rate is maintained until the start of 2022, would be 6,000. Not a lot.

This again is very powerful evidence for the low estimates of people emigrating, not the high ones.

The fourth piece of “evidence” for a mass departure is the number of people apparently flooding into the UK on BNO passports  – we read estimates of the BNO route eventually serving between 330,000 and 5.4 million Hong Kong citizens, depending on which newspaper you read.

But what are the actual figures? The British government says that there were 34,000 applications made in the first quarter of the year, of which only 21 per cent were granted: or 7,140. More figures, for the second quarter, are due to be released before the end of this month, but whatever they are, these again are small numbers, not large ones.

5) Walking away from assets

The fifth piece of “evidence” for the mass outflow is the rocky nature of Hong Kong’s markets: we see periodic corrections in share markets and some jittery apartment buyers walking away from their deposits.

Yet despite these occasional reports, the overall trend is clearly upwards, as analysts agree. Property prices are rising steadily at an annualized rate of about 3.8%. The KPMG Hong Kong Banking Report 2021 shows that bank deposits grew rapidly, with the total 2021 assets of all licensed banks expanding by 8.8% over a year.

If vast numbers of people are taking their cash away, why do we have MORE of the stuff in our banks?

Journalists get hold of a narrative and many become congenitally unable to do anything except keep feeding it, even if it is clearly wrong. So they continue to write reports which imply that millions of people, or at least several hundred thousand, are leaving Hong Kong forever.

But the numbers tell a different tale.

Terence Chong Tai-leung, an associate professor of economics at the Chinese University of Hong Kong, estimates that only around 10,000 Hongkongers have departed, according to the Standard newspaper.

Other academics and analysts to whom we spoke gave estimates also in the low to medium five-figures bracket. So, a few tens of thousands in a population of 7.4 million — proportionally far fewer than left Hong Kong in the 1990s before the 1997 change of sovereignty from Britain to China.

See also: Our report on Hong Kong people moving to the mainland

See also: Our report on Hong Kong students studying on the mainland