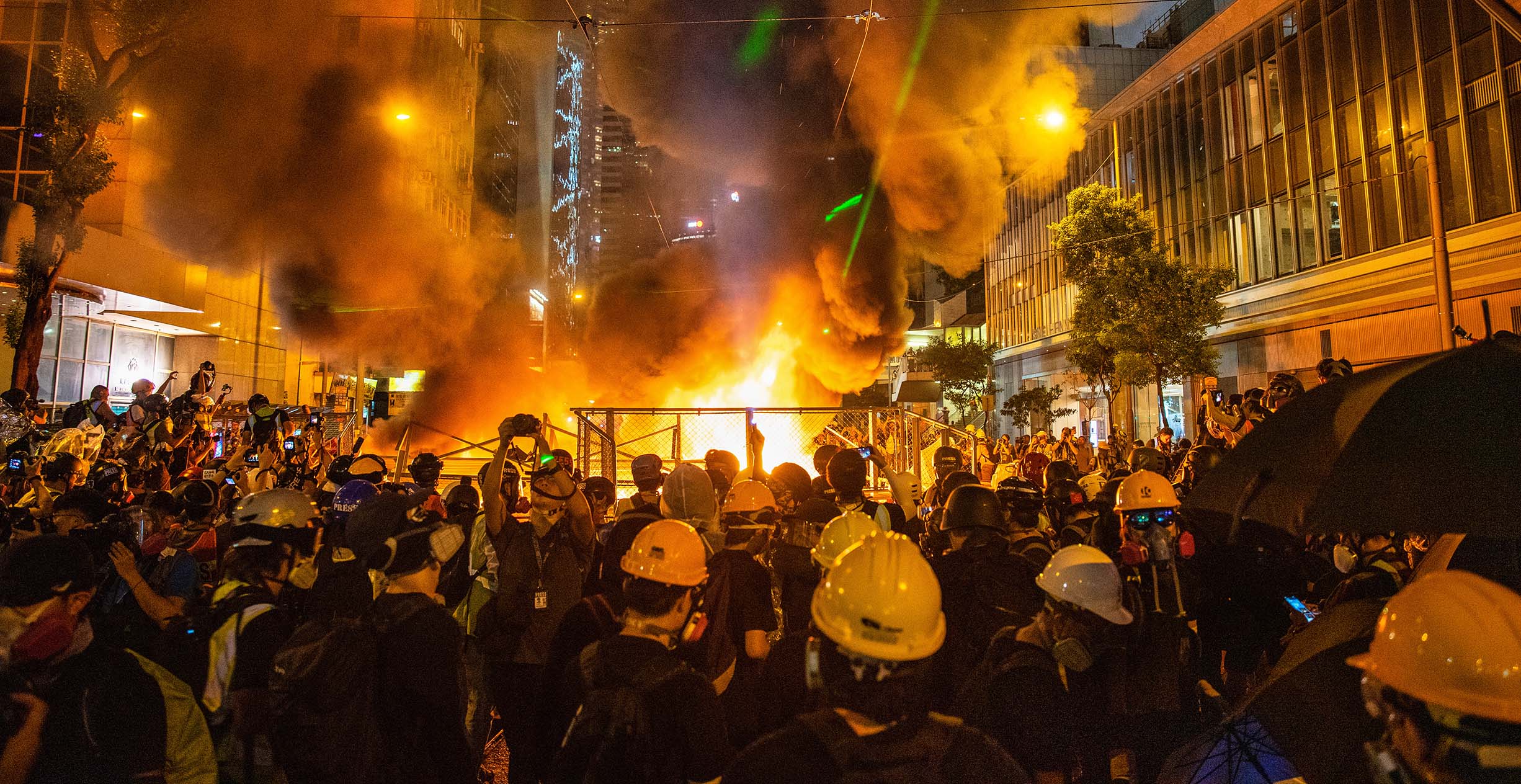 How to make an insurrection disappear

MAGICIANS ARE NOT the only ones who use elaborate expressions to make things vanish.  Politicians also know a thing or two about wizard-words designed to dissolve vexing narratives.  And the media are even more adept. On January 6, this year, a pulsating mob of Trump supporters launched a highly violent assault on the US Capitol Building proclaiming that election victory had been “stolen” from President Trump on November 3, 2020 and that this must be put right.  The assault was underway by 1 pm and ran for around seven hours until 8 pm.  Five people died and many were injured as this terrible event unfolded.  It was comprehensively and aptly labelled as an insurrection in the US and around the world.

Very soon, however, the project to render this insurrection invisible began. In July, this year, the New York Times summarized how Republican Party members were “spinning a new counter-narrative of that deadly day”.  They had, the paper said, “concocted a version of events in which those accused of rioting were patriotic political prisoners and the Speaker, Nancy Pelosi, was to blame for the violence.”  Prior to this, Republicans had already described the assault as “a peaceful protest” and “a normal tourist visit”.

REVISIONISM SEEN AS A BAD THING IN THE U.S.

The Associated Press, in May, headlined their story on this brazen rewriting of history: “What Insurrection?”  In July, The Economist pointedly argued that the “Republican delusion about the Capitol riot hits a dangerous new low”, rebuking the party’s revisionism as “a big step down a dark road.”

Global condemnation by the liberal-media of these many moves to drastically revise the Capitol insurrection narrative has been scathing and insistent.

Hong Kong’s insurrection was not a swift seven-hour affair: it was a multi-month episode, involving colossal levels of continuous destruction

Yet, this same global media has also worked tirelessly for over two years to render the insurrection which began in Hong Kong in June 2019, all but invisible.  This has required serious effort.  Hong Kong’s insurrection was not a swift seven-hour affair: it was a multi-month episode, involving colossal levels of continuous destruction.  Institutions gravely affected included the legislature, the entire subway and transport system, countless businesses, police facilities, the law courts and universities.  It is a very grim catalogue which massively overshadows anything that happened in Washington on January 6 this year.

Six months after CNN classified the attack on the Capitol as an insurrection, they still labelled the extended, intensely destructive period which brought Hong Kong to its knees in 2019, as “pro-democracy demonstrations”.

The New York Times repeatedly refers to the “sweeping crackdown on pro-democracy forces in Hong Kong” since 2019, while stifling any serious examination of the terrifying, extended insurgency that those same forces, with offshore support, incubated and unleashed.  Abundant, further bold examples can readily be found across the dominant, Western media.

To round out this astounding twisting of accounts, we were told from on high (and I am not making this up) that it is impermissible to compare these two insurrections!

Quartz, the prosperous New York-based online business journal, founded by journalists from the NYT, Bloomberg, the Economist and the Wall Street Journal, was swiftly wagging a stern finger at the likes of this writer, sermonizing that “you can’t compare the storming of the US Capitol and the Hong Kong Legislature”.  Quartz was on the case within 24 hours – by January 7 – straining to pre-empt any sinful comparative evaluations.

What on earth is going on here?

First, as Gore Vidal noted in a 1995 NYT interview, the primary media, political, academic and other relevant actors all essentially think in the same way in the US.  There is thus no need for them to conspire.

POWER OF THE WESTERN MEDIA

The power of the globalized Western legacy media, led by America, is such that it can determine the world view of most in the West and well beyond by deciding what is left out of the news and what is emphasized.

This is acutely so when they feel frightened in the same way.  The common Western media fear-trigger today is not an invasion from Mars (as in The War of the Worlds by H. G. Wells) but a more earth-bound, deeply alarming encounter: the rise of China.

There is the need for enemies….  ‘Congress must invest ever-more staggering sums in the military-industrial complex’

Context is also crucial to understanding how the mainstream Western media has worked its way into this singular fix.  The US has transited, over the last century, from being benignly concerned about China, to zestfully embracing China-based trade around 40 years ago, followed, over the last decade, by indignant glowering as China’s rise has accelerated, shaped – shock-horror – by a Chinese blueprint.

Then there is the need for enemies.  Tom Engelhardt recently noted that the US cannot even pretend to do without them.  Writing after the fall of Kabul, Engelhardt observed that the US is “pivoting from a war on terror to provoking China… which all adds up to an enemy-filled future in which Congress must invest ever-more staggering sums in the military-industrial complex”.

This latest Sino-scowling phase is favorably embraced by many influential US commentators as a New Cold War.  However it is called, it is plain that Washington is fixated on containing the rise of China by all means at hand, and the mainstream global media are anxiously keeping in step.

Prior to these ascendant media organizations being struck by their distorted fear of China, it was rather different.  Just five years ago, the Economist said that, “February 8th, 2016 began as a day of celebration in Hong Kong: it was the start of the Chinese New Year. It ended in the worst outbreak of rioting since the 1960s.”

Today, though, a new, collective, misshapen perspective dominates.   Leading global media outlets esteem, vilify and sanitize as they see fit in support of the fervent project to contain China.  Breathtaking contradictions are now tolerated as part of standard operating procedure.

Even though, so far, this all still sells well in home markets, those who look with any care are confronted by lucid evidence of an erratic, bad-tempered and alienating Western news regime.  If you are searching for guidance on how to sustain a measured media sector, don’t look there.

Richard Cullen is a Visiting Professor in the Faculty of Law at the University of Hong Kong and a popular writer on international affairs. This piece above was also printed in China Daily Hong Kong