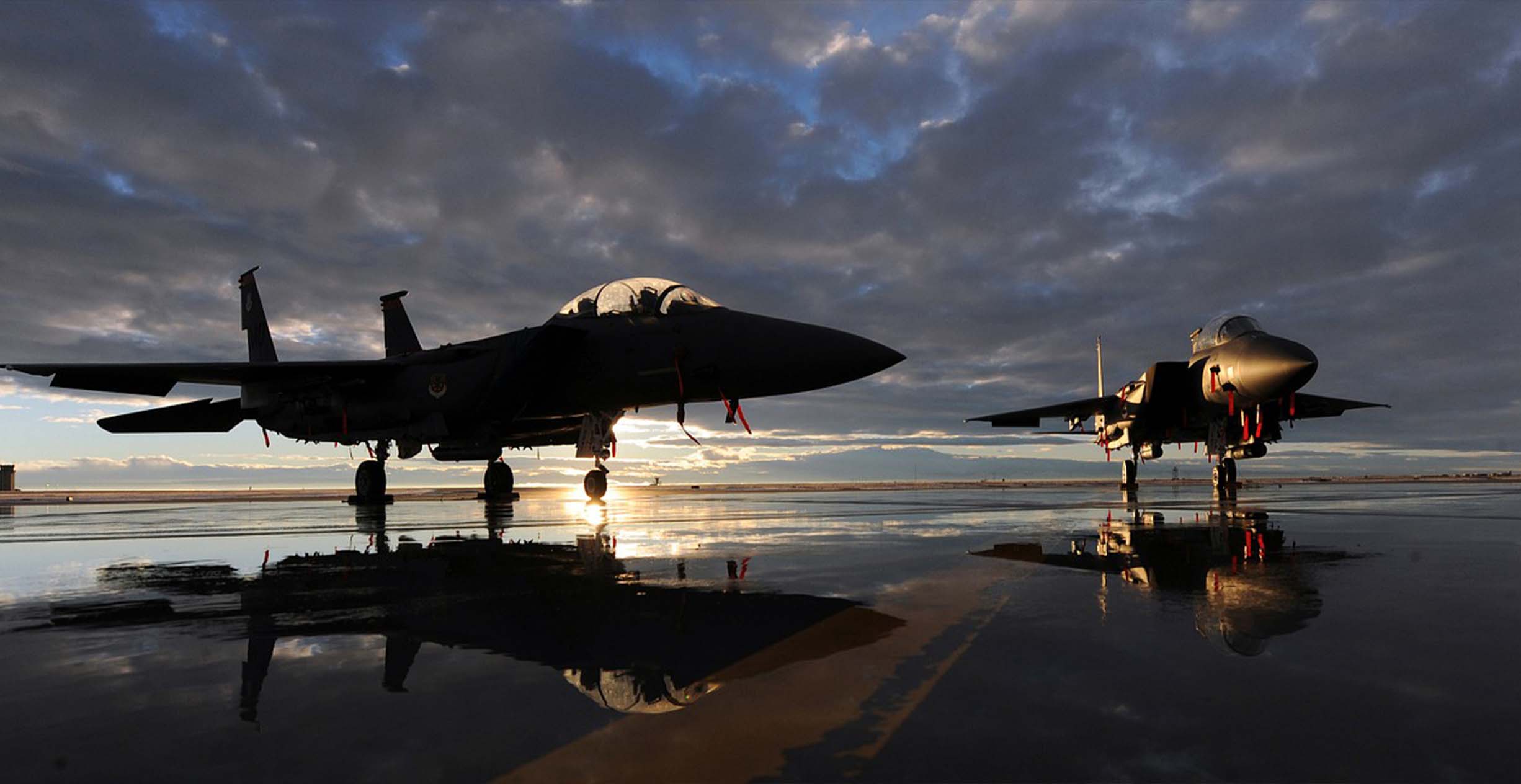 YES, WE WANT WAR. But just a small one, please, followed by a quick surrender. The United States is diligently working with Australia and the UK to goad China into what they hope will be a limited war over Taiwan, according to military strategists. By continually poking at the giant developing nation, the aim is to force it to fire the first bullet—and then use that to paint China as the protagonist, the bully that the rest of the world must unite against.

To prepare for this, the partners in the scheme are teaming up. Rather like the “coalition of the willing” in the Iraq War 2.0, the US is pushing for another misadventure, this time through a coalition of the coerced.

The Western media is playing a key role in this process.

1) The media is trivializing or turning a blind eye to an increasingly long series of clearly aggressive moves by the United States, including:

2) The media is painting China’s knee-jerk and entirely predictable responses that it “will not stand for attempts to promote Taiwan independence” as evidence of shocking new acts of “increasing aggression”, while the truth is that all China-watchers know they are the same statements they have issued for decades, often in virtually the same words.

3) The media is pushing exaggerations and misinformation about the “death of Hong Kong”, the “genocide of Xinjiang”, the “imminent invasion of Australia” and so on.

ASIA AS CENTER OF THE WORLD

Why are the Western powers doing this? They certainly want to destabilize China and set the country’s development and positioning in the world back a few decades. But that’s just part of a larger goal. They feel the need to do this primarily because the Western powers have recognized that Asia will soon be the center of global economic power.

Nothing will stop that happening.

This means that time is running out to ensure that Asia is dominated and controlled by America and its allies on the other side of the world, instead of by Asians themselves, working together as neighbours.

Furthermore, the outgoing world leaders need the incoming powers to know their place in the “International Rules-Based Order” under the stewardship of the drafters of these rules. Western liberal democracy must retain its primacy, and Asia’s consultative democracies dismissed as “autocracies”, or “authoritarian”/ “totalitarian” regimes.

The media has been preparing the world for the conflict for years. America’s hawks put huge sums of time and money into financing dissent in Asia and partnering with the Western media to create the impression that the people of Hong Kong, Xinjiang, Tibet and Taiwan, want independence from mainland China – although surveys overwhelmingly show that this is the opposite of the truth. [This publication will do a detailed examination of that topic in the near future.]

But these imaginary “cries for independence” are necessary for the next stage in the process: the pushing of China into what can only be described as a deluded and limited war over Taiwan; one aim being to attain the larger objectives of undermining both China and ASEAN.

The war or “coming conflict” with China has been discussed in multiple forums and publications, not least of which is a new book by Elbridge Colby, one of the writers of the US National Defense Strategy. It argues that escalating Taiwan tensions into a conflict gives America a chance at winning, unlike a Cold War arms race.

An arms race would eventually be won by China, which is on its way to being richer and stronger than America, Colby points out. And “the economic costs could be crippling, seriously stressing the US economy, the ultimate source of America’s military strength”.

Instead, the US can push China into a limited conflict over Taiwan, with the media painting China as the bully and the US as the white knight. Done right, the skirmish would unite the rest of the world’s countries against China and on to the American side.

Partners in the media have already accomplished a lot of this work by painting Xinjiang and Hong Kong as places wrecked by China, and suggesting they are filled with Betsy-waving populations desperate for a United States model of governance.

This strategy is receiving significant interest and or support from other US hawks.

“China must be provoked into initiating any escalation of the conflict, so that it will always appear the aggressor,” writes defense journalist Aris Roussinos, summarizing the Colby strategy.

But won’t there be Taiwanese casualties? Yes. China “must be permitted to strike as indiscriminately as possible,” in this scenario. “Colby further urges the US not to provide potential civilian targets with air defences, reasoning that collateral damage will whip up the public anger against China necessary to winning a war,” Roussinos adds.

In other words, deaths of Taiwan citizens (the “collateral damage” he mentions) would be a public relations coup for the US side.

“Forcing China to escalate could be in our [US] interests,” Roussinos points out. (One wonders if this scenario has received attention from the walking elements of “collateral damage” in Taiwan.)

Although Colby’s book, The Strategy of Denial, has just been published, it’s clear that the thinking behind it has been circulating in US administration clusters for some years. Colby was a key writer of Donald Trump’s national defence strategy in 2018.

This approach, when originally written, recommended pulling American allies like Japan and India into the US team to contain China, and to sign up Australia too, as well as Vietnam and other neighbors.

Clearly we can see concerted action on all these fronts this year.

While the Western media portrays China as the aggressor, people with a deeper understanding of international affairs can see what’s really happening over Taiwan.

“The US has placed tripwires in the form of deployment of special forces, obfuscating the ‘red line’,” said commentator M. K. Bhadrakumar, a former Indian diplomat.

The long string of US provocations are a “salami slicing” strategy, some observers say. “Salami tactics are an appealing option for expansionist actors like NATO, which pursues limited and repetitive expansions to gradually create new realities on the ground,” argues Glenn Diesen, Professor at the University of South-Eastern Norway.

“Such tactics avoid rapid escalation and mute opposition from adversaries and allies alike, as complaints can be ridiculed and the response from opponents denounced as disproportionate.”

One could easily argue that this type of strategy could be construed as a right-wing, warmongering plan.

That’s certainly true, and there are many echoes of the self-righteous militaristic strutting that led to lengthy disasters of wars in Iraq and Afghanistan—the surviving victims of which are still suffering today.

The frightening thing is that the present attempt to goad China into war has bi-partisan support in the world’s wealthiest, most powerful country.

This report was written by Phill Hynes , a risk analyst specializing in geopolitics, and Nury Vittachi, editor of Fridayeveryday.com

NOW READ THIS: Taiwan tension is part of a precision-engineered plan

AND THIS: Asia has the world’s chips. The US wants them.

WATCH THIS: China is invading multiple countries, the media says

Image at the top by Max Pixel