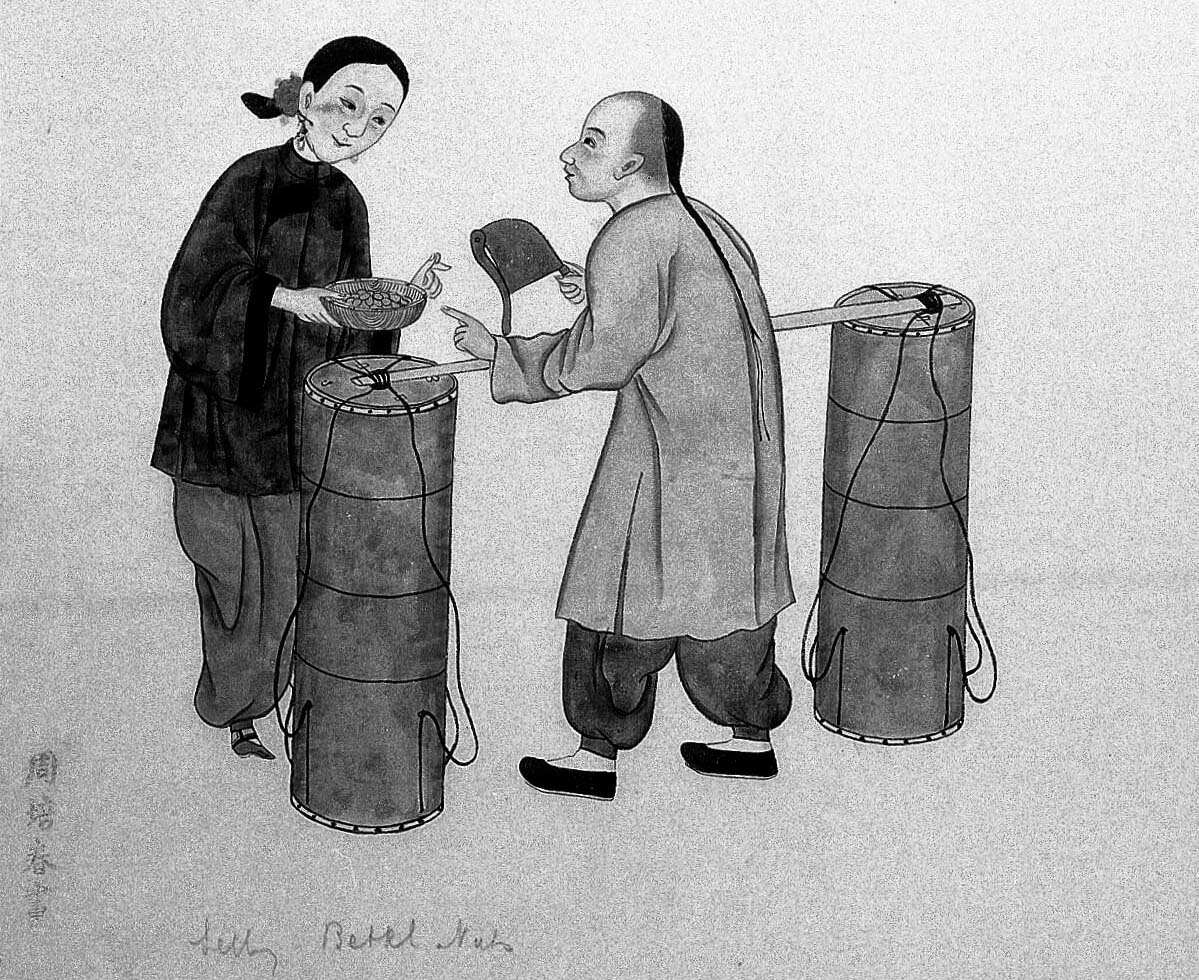 From a single ancient scroll painting, shown in part below, historians discovered three items of food history the Chinese may have pioneered: the three-meals-a-day tradition, the hot food delivery service, and the drive-in cafe. Emily Zhou reports.

THE CHINESE HABIT of painting large, hyper-detailed landscapes on giant scrolls has been a boon for historians. And one famous painting has been a goldmine for food history researchers.

On this five-meter long scroll of busy citizens doing different jobs and running various businesses, we can find no less than 45 restaurants and cafes! Many modern cities have “food streets” (like “Restaurant Row” in New York, Lan Kwai Fong in Hong Kong or Van Kiep Street in Saigon). But it was fascinating to learn that China had the same thing ten centuries ago.

[You can see the entire image by clicking this link.]

The restaurants cover nearly half of the huge picture. The masterpiece is not only considered one of the greatest artistic paintings in China, but is also a splendid historical record for modern people to explore the culinary culture of Northern Song Dynasty.

These days it is commonly believed that three meals a day is the “standard” patten for eating – breakfast, lunch and dinner.

But historians say that the habit is relatively recent. It didn’t develop in the west until about the 1600s, and nobody is quite sure how it grew and where the English word “lunch” even came from.

Yet we have a lot of evidence about how the same pattern grew in China.

In ancient times in China, when it was never easy to get a good supply of vegetables and grains, the idea of having three meals a day would have seemed extremely luxurious to the common person. Before the Song Dynasty, people were used to having two meals a day according to the agricultural daily routine: the first one in the morning before a whole day’s work, and the second after sunset. If they were hungry during the day, they may have some dim sum.

The establishment of Song ended the turbulence and famine of the past six decades. Emperor Zhenzong (宋真宗) was not only a ruler but took a great interest in agriculture, so he could feed the people.

During this period, a group of envoys from Vietnam paid a formal visit to the palace, bringing some rice seeds from their country. On being informed that Vietnamese rice had much higher yield than Chinese rice, the surprised Emperor immediately selected part of the seeds and ploughed up a few acres of land in his opulent imperial garden. After two-year experiment, Emperor Zhenzong found that the rice indeed did have a wonderful harvest. Therefore he collected the high yield seeds and distributed them to provincial officials. In order to spread the foreign rice nationwide, the Emperor also exempted it from agricultural taxes.

Statistics show that the farmland yield per year of Song Dynasty was nearly twice that of previous dynasties. With so much food around, it was reasonable for Song people to upgrade their diets to three meals a day.

There are two more interesting “Easter eggs” (hidden surprises) in the painting Along the River During the Qingming Festival. Look closely and you will find several clerks delivering packed meals in the streets and alleys, representing the earliest rise of the food delivery industry in the Song Dynasty. If you think Foodpanda or UberEats in a new idea, this proves you wrong!

And the third surprise? Society in China 1,000 years ago was very conservative, of course, so the vast majority of people in the painting are male, but if you look for a female face, you’ll find another “food first”.

Historians noticed that a woman had been driven to the “food street” in her carriage. You can see her face looking out of the window. It appears that there was even a “drive-in” option for hungry diners.

Has reading this article made you hungry? Well, if you live in a three-meal-a-day society, you won’t have long to wait.

Image at the top shows a betel nut seller delivering food to a customer, painted in the 1800s, from the Wellcome Collection. CC 4.0