What identity politics gets wrong about this dress

IT’S THE HOTTEST show on screens in China right now: Siteng, a joint production of Youku and other entertainment companies, is a glorious mix of classic Chinese storytelling involving a beautiful woman who may be a supernatural demon, with modern elements of sci-fi, including aliens.

But the Siteng series has created a new interest in the various folk styles of the qipao (in Mandarin) or cheongsam (in Cantonese) outfit – with Jing Tian’s clothing in the episodes triggering much discussion.

And no wonder: she looks breathtaking. 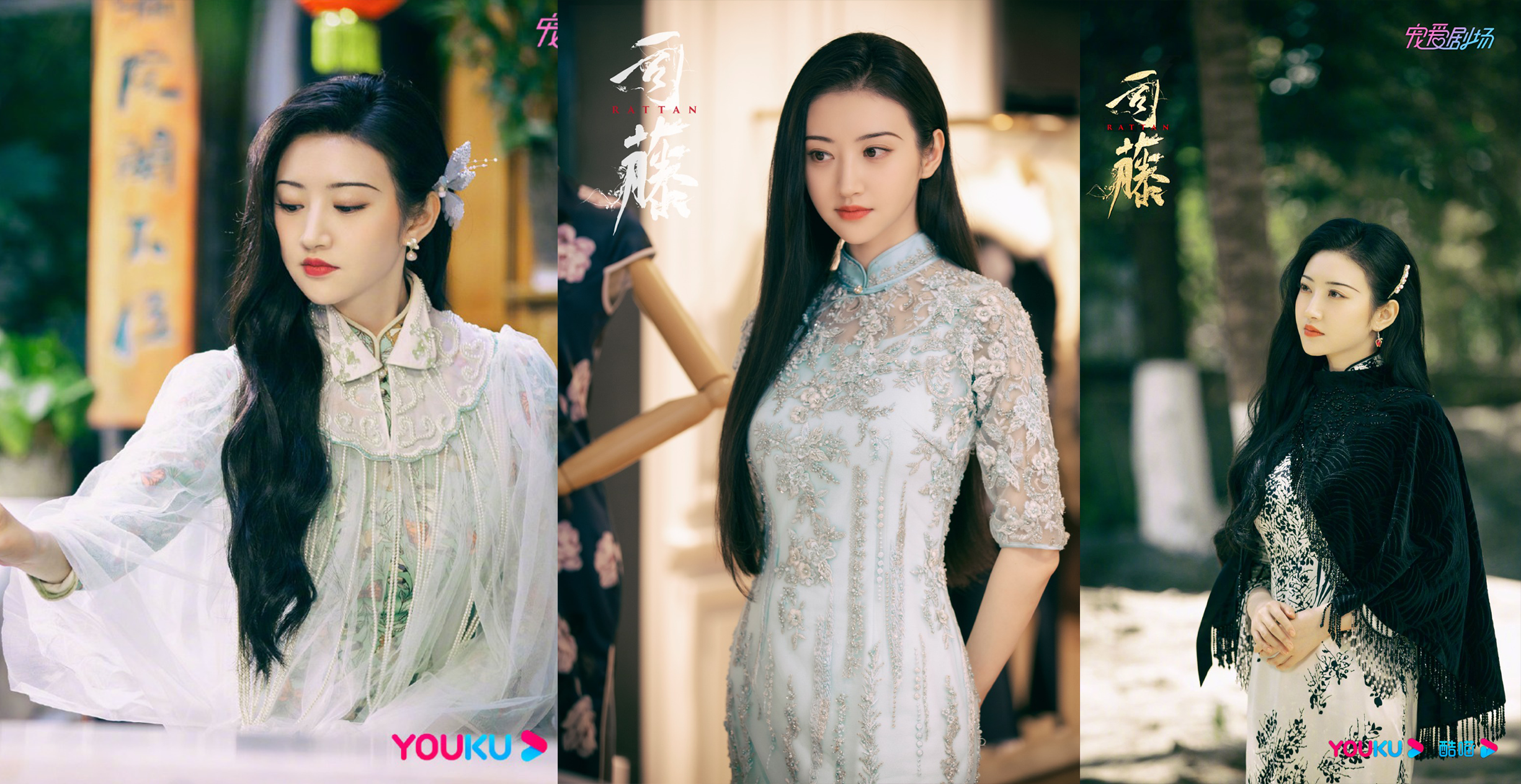 Identity politics and the so-called “cancel culture” in the west means that people are often condemned for wearing outfits associated with other ethnicities, so that may halt the spread of the dress in that direction. 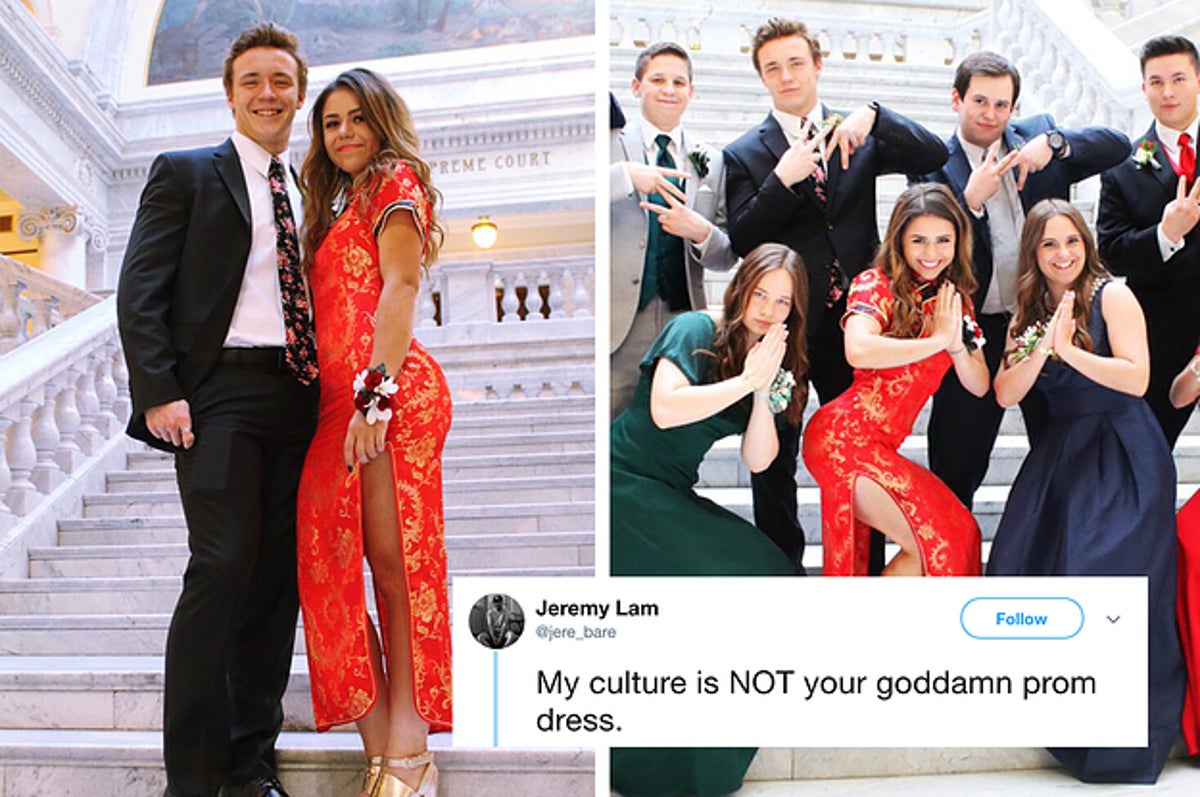 (A teenager was shamed for wearing Chinese dress, yet Chinese people outside the West refused to condemn her: pictures from Twitter)

Yet is this fair? Perhaps not. While labelled as the archetypal Chinese dress, history shows that the cheongsam actually represents a meeting of east and west, which happened, not surprisingly, in Shanghai.

Here are five things worth knowing about the qipao or cheongsam.

#1. The cheongsam was originally a Manchu dress, but was influenced by Europeans

It started as the qipao, a type of A-shaped dress of Manchu origin from the north of the country.

The original was loose, had no side-slit, and was worn with trousers: very demure and modest, showing no flesh.

But as Europeans entered China, particularly between the 1920s and 1940s in Shanghai, they influenced tailors in the country.

The trousers disappeared, the dress became more figure-hugging, and the side slit appeared, initially rising just to the knee level. 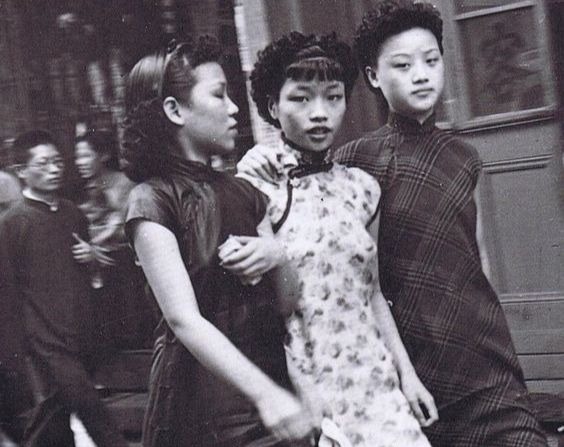 (In the 1920s it became figure-hugging: This picture from historical sources, was taken in Beijing in 1928)

#2. It became a symbol of Women’s Liberation

The qipao/ cheongsam was popular during that period, 1920s to 1940s, known as the period of the Republic of China.

It changed the appearance of Chinese women, allowing them to fully show their curves, and became inseparable from the women’s liberation movement.

By the 1930s, it had become an important dress for urban women.

(Girls school uniforms, from the Hong Kong Museum of Education)

#3. It’s used as a school uniform in Hong Kong

In Hong Kong, some girls’ schools have a century-old tradition of using the cheongsam as uniform.

This is also a tradition rooted in the mainland. The qipao was the uniform of the Shanghai Girls’ School during the Republic of China era.

Have you noticed that most of the qipao school uniforms in Hong Kong are blue? Blue dyes were quite expensive in the past, and only the rich could afford school uniforms of this color, so it became a symbol of aristocracy.

Today, some schools have white cheongsam dresses as uniforms.

#4. For Chinese people, the modern cheongsam is associated with Shanghai

Shanghai has always been a trend-setting place, and has always advocated a unique East-West culture, so it was naturally the place where the fashion evolved.

When it first emerged, people noted how different it was from the Beijing-style qipao.

The Shanghai equivalent was tight-fitting and followed the contours of a woman’s body – very different from the original loose and oversized dresses of other places.

Today, the slit often rises all the way to the top of the leg. 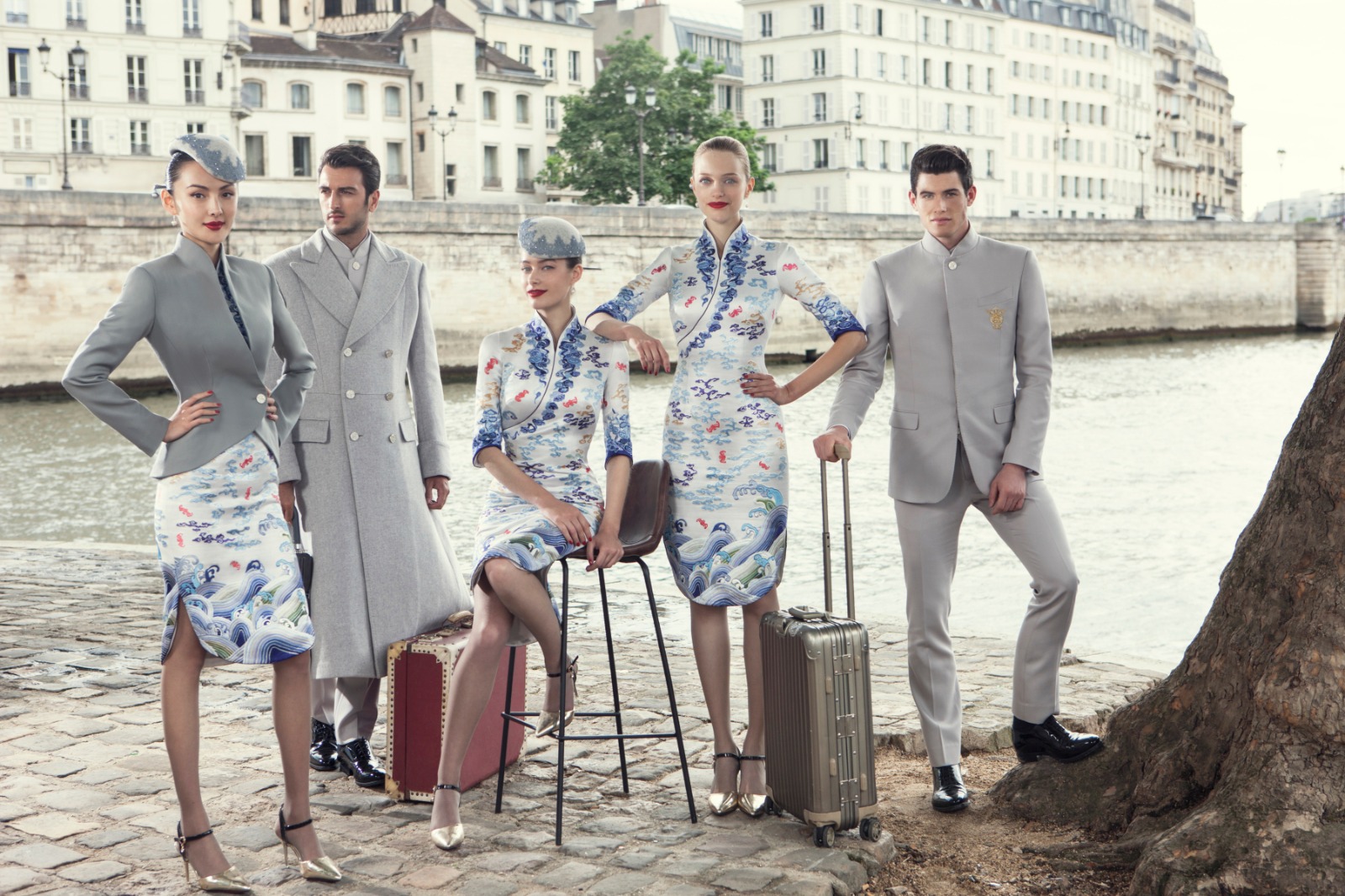 (Numerous airlines use it as a uniform for female flight attendants)

One of the best places to see carefully-designed examples of the cheongsam or qipao today is in the air.

Several airlines in Greater China have a long tradition (or even an obsession) of blending Chinese styles of dress into staff uniforms, particularly for female flight attendants.

It’s a tricky design job, since the cheongsam tends to be tight, but flight attendents have to be able to move comfortably and easily.

China Airlines, based in Taiwan, have used the cheongsam for staff since 1962.

In 2017, Hainan Airlines, China’s fourth-largest carrier, collaborated with the famous designer Laurence Xu to create a new uniform to showcase the beauty of the dress.

After years of revision and improvement, the cheongsam or qipao is considered the most beautiful outfit for Chinese women. It is constantly evolving and is adaptable to many styles, being considered a timeless classic.

In fact, if it’s so flexible that it’s even the perfect outfit for an alien demon who walks the Earth, as Siteng fans well know.